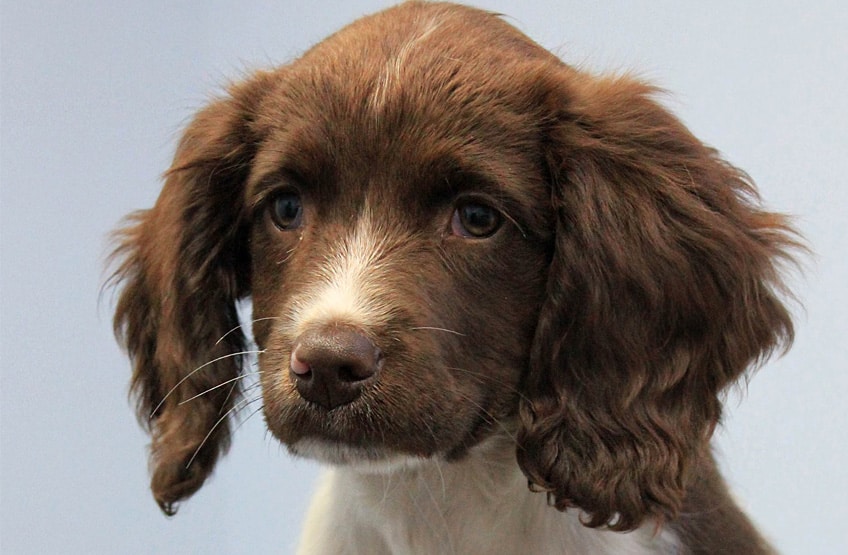 Somewhere in the region of 25-40% of dogs are obese, or at least likely to become obese. And obesity is every bit as dangerous for dogs as it is for humans.

When dogs are seriously overweight, they’re more prone to injury, and they put greater stress on their bones, joints, heart, lungs, liver, and kidneys. They’re also at a higher risk during surgery, which makes the inevitable vet visits particularly fraught.

But perhaps the worst thing about canine obesity is that it prevents dogs from acting like dogs. Dogs make for wonderful companions because of their boundless excitement, their fierce loyalty, and their innate playfulness. Obesity saps dogs of their energy, which can make them less curious and animated, and less likely to simply enjoy life like only dogs can. An obese dog is not a happy dog.

The common causes of canine obesity

Most cases of canine obesity are caused by the usual suspects – overeating, and a corresponding lack of exercise. But dogs cannot simply decide one day to start dieting, nor can they endeavour to exercise more. It’s up to you to impose the lifestyle changes necessary to address the problem.  Dogs overeat when they’re overfed. If you give them oversized portions, plenty of between-meal snacks, and all the table scraps they can eat, then of course they’re going to start piling on the pounds. And when it comes to exercise, dogs are every bit as lazy as their owners. Unless you give them an opportunity to stretch their legs and burn their boundless energy, they’ll quite happily spend their days plodding about and sleeping.

But just like with human obesity, it’s not always a clear-cut case of too much food and not enough exercise. There are some congenital causes of canine obesity. Certain breeds, such as beagle, cocker spaniel, collie, Labrador, golden retriever, and basset hound are more prone to obesity than others. Also, if you’re dog’s been spayed or neutered, they may experience a drop in metabolism. This can cause problems if you don’t change your feeding and exercise plans as they grow older. Hormonal disorders can also result in weight gain. Underactive thyroid glands have been linked with cases of canine obesity, and you may have heard of a condition called Cushing’s disease. When a dog’s adrenal glands produce too much cortisol, fat can be disproportionately distributed to the abdomen, resulting in a pot-bellied look.

Is my dog obese?

There’s a number of ways to tell. For example, you should have no problem feeling their ribs – even if there is a little bit of fat over the top. This goes for their other bones too, such as the legs, spine, and shoulders. Listen to their breathing – an obese dog will sound exhausted and out of breath even after the smallest bit of exertion. But the best indicator that your dog is obese is their size and their shape. How do they look from above? Lithe and healthy, or bloated and round?

How to treat canine obesity

If you suspect that your dog is obese, head to the vet. They’ll be able to carry out a thorough physical, including some blood tests, and numerous questions about your dog’s lifestyle. They’ll be able to determine the underlying cause to the weight problem, before helping you to establish a realistic long-term sustainable weight loss plan. It’s often as simple as getting more exercise and reducing the calorie intake. And it’s not just your dog who’ll have to make some behavioural changes. You too will have to address certain habits. For instance, no more feeding your dog scraps from the table. And bear in mind that your dog does not need 24/7 access to food. Most important of all, when they beg and whine for food, it doesn’t necessarily mean that your dog is hungry. Your vet will give you some clear guidelines on when best to feed your dog, and how much they should be fed. Treating obesity is a long-term process. You will not see results overnight. It can take as long as 12 months for a dog to reach their target weight, and even once this milestone’s been achieved, they’ll still have to commit to good eating and plenty of exercise.

What if my dog's losing too much weight?

There are numerous reasons why a dog might rapidly lose a large amount of weight. It might be something as simple as the fact that they don’t like the food you’re feeding them. But it might be something much more serious, such as bowel disease, intestinal worms, diabetes, or even a tumour. In any case, if you’ve noticed a dramatic drop in your dog’s weight, book an appointment with your vet immediately.