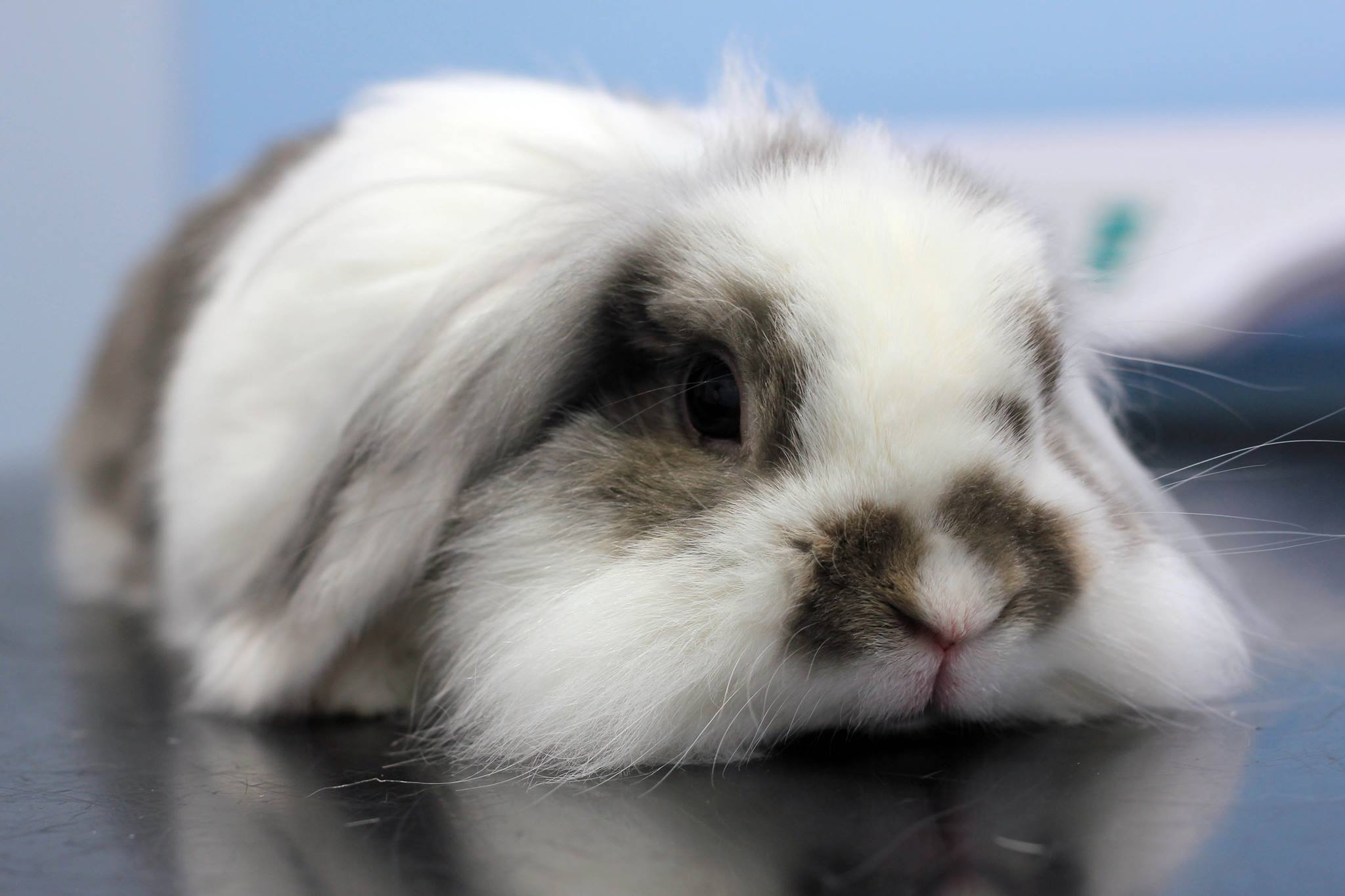 Following the recent admittance of a number of rabbits with gut stasis, a potentially fatal digestion condition if not treated quickly, we’re warning rabbit owners to be aware of the signs.

Phoebe, a Rex rabbit, was brought into see one of Calder’s veterinary surgeons, and rabbit enthusiast, Shona Haydon after her owner noticed that she had become quieter than usual, picky about her food and was producing smaller stools than usual.

A full examination showed Phoebe had a low temperature, a painful tummy with a ‘doughy’ feel to it, and was significantly lighter than she had been two months earlier—all of which pointed to a condition known as “gut stasis,” a life-threatening condition in which the digestive system stops working and which can affect even the most carefully looked after rabbits.

Phoebe was admitted to our state-of-the-art animal hospital in Dewsbury, where an X-ray revealed the severity of the problem.

After treatment, including pain relief, gut motility stimulants, and a special high-fibre formula food, Phoebe’s condition improved and she was allowed home.

Despite a ‘wobble’, two days later, when the symptoms returned and she was readmitted to the hospital, Phoebe’s condition finally improved and she was allowed to recuperate in the stress-free environment of her own home. However, it was a further three weeks before she bounced back to her usual weight and was fully fit.

Shona said: “Gut stasis can prove to be challenging cases. Some are mild and require little more than some injections and support feeding. Others need more detailed investigations and intensive management in hospital.

“It is a condition that can affect even the best cared for bunnies – Phoebe’s owners have always looked after her exceptionally well and been very attentive to her dietary needs.

“That is why it is so important for owners to realise, as did Phoebe’s, that small changes in a rabbit’s condition can signify the onset of serious illness, such as gut stasis, and to take professional veterinary advice, if at all concerned.”