We are open, click here for our COVID guidelines. 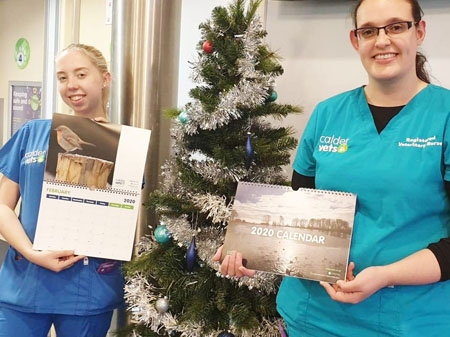 If you’re looking for a great little Christmas present which will help a fantastic cause then we’ve got just the thing you’re looking for! Here’s our nurses Julie and Ali with our fab 2020 wildlife calendar! All the beautiful photos were taken by our staff members and the final 12 pictures were all chosen by

END_OF_DOCUMENT_TOKEN_TO_BE_REPLACED

A leaping lurcher named Rio has become a worldwide internet sensation after her madcap exploits on a trampoline were captured on camera. The 54 second video clip of the playful puppy joyously jumping and bouncing around has now been enjoyed by more than 40 million people online. Rio, who is eight months old, belongs to