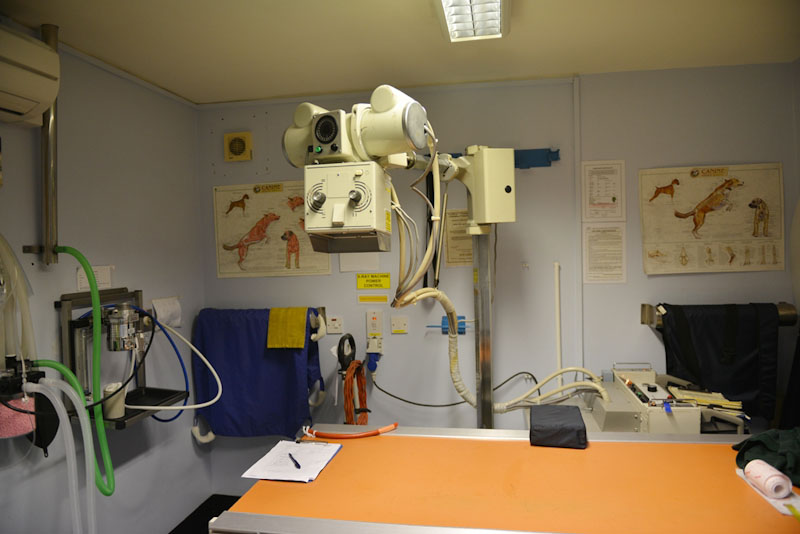 It was clear that the leg was broken so her owners rushed Poppy to their local vets. They examined her to make sure she had no other injuries and then took some radiographs of the leg.

Poppy had fractures of her radius and ulna, one of the bones had penetrated the skin. A bandage was applied to keep the leg stable and comfortable and she was referred to Calder Vets.

Poppy was assessed by one of the surgeons and then admitted to be stabilised. Once over the initial trauma the fractures were repaired by placing bone plates on the radius and ulna.

As she was a large, active dog strong implants were required to help the bones heal. She was hospitalised for a few days to allow the bruising to settle down and for her to start using the leg.

Poppy had regular checkups at her own vets. Within 2 weeks she was no longer lame and was trying to exercise more. The bones would take time to heal so she had to be kept on her lead when walking.

Radiographs were taken 2 months following the operation and the bones were shown to have healed. Poppy was then allowed to return to her normal routine of being taken for long walks in the countryside.