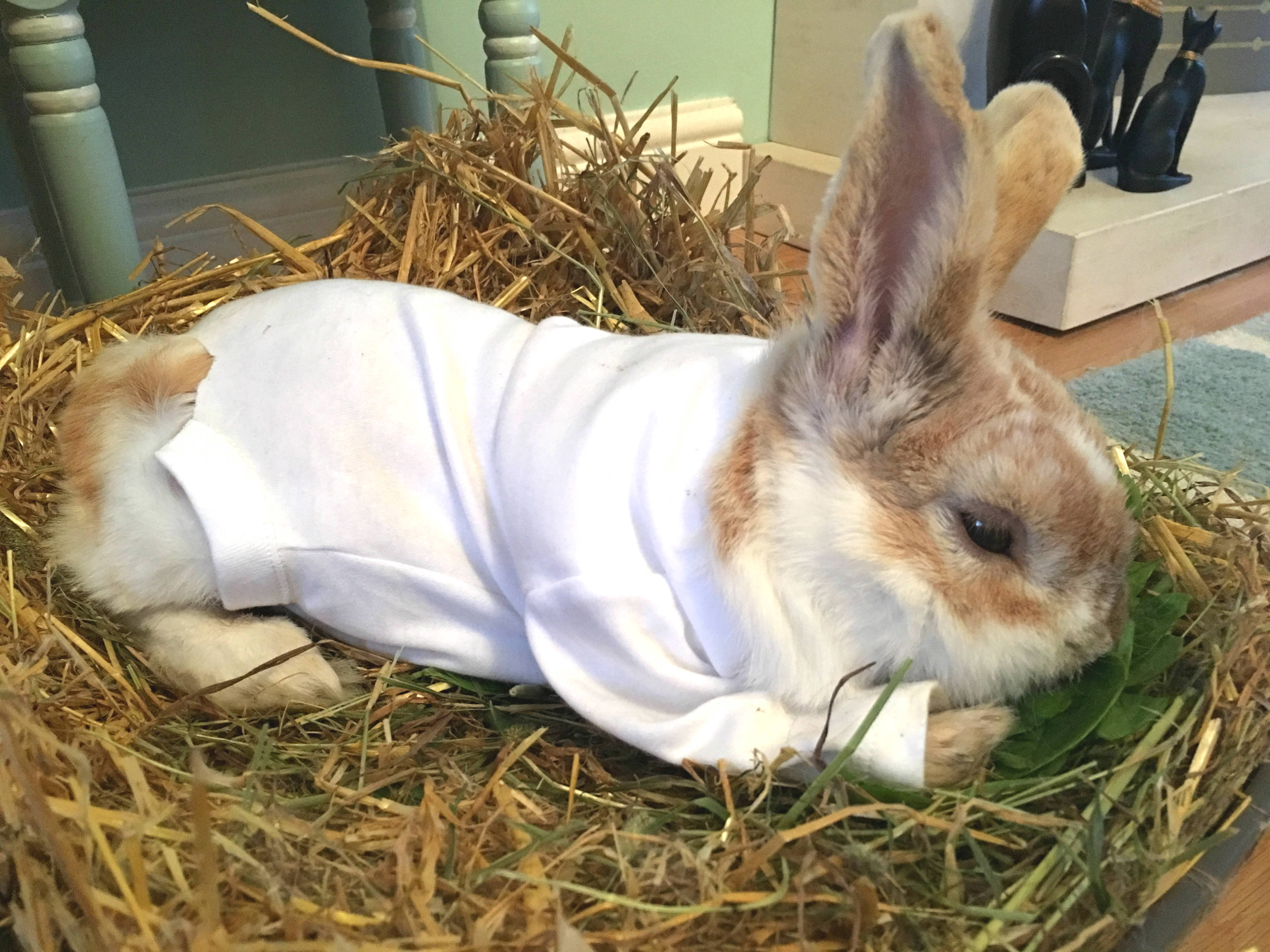 A senior rescue rabbit who has retired from a high-flying life as a model is looking the part again thanks to a successful operation to remove a large lump from his leg.

Ten-year-old Burgess is used to the limelight, having regularly appeared on food packaging, promotional posters and at veterinary association workshops in recent years.

However, the English Rabbit had a recent health scare when his owner Naomi Chatterley found a lump on his right front leg, which was initially feared to be cancerous.

Naomi took him to Calder Vets’ Penistone surgery where he was given x-rays to check for tumours, which happily came back clear and paved the way for a successful operation.

Burgess, who is recuperating at home in Penistone, was rehomed by Naomi after being dumped in woodland near Dewsbury in 2009.

Calder Vets’ Anna Gaughan, who operated on Burgess, said: “We were worried that it could be cancer, so when Burgess came in we took x-rays of his chest to make sure there were no tumours on his lungs.

“Thankfully, all looked well so we proceeded with his surgery to remove the lump.

“We found a splinter in the middle of it but a lump this size would be a very extreme reaction to a foreign body, so we’re not exactly sure what caused it.

“We’re happy to report Burgess is doing really well at home and we have now signed him off.” 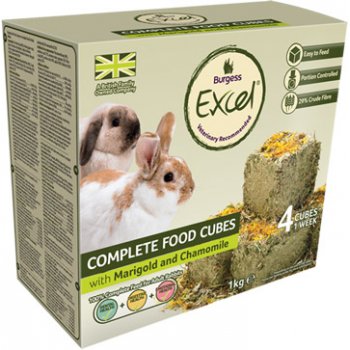 Naomi previously worked as marketing manager for Burgess Pet Care and her new pet then became the face of rabbit food brand Excel, hence his name.

Naomi said: “Burgess loves socialising with people, running free in his enclosed garden and digging in the flower beds. He also likes flinging all the sawdust out of his litter tray as soon as I’ve cleaned it out!

“He’s such a friendly, placid rabbit and I’m glad he’s back home and recovering. I’d like to make a special mention for Vicki Todd, the senior branch nurse at Penistone who did a great job nursing Burgess during his stay.”