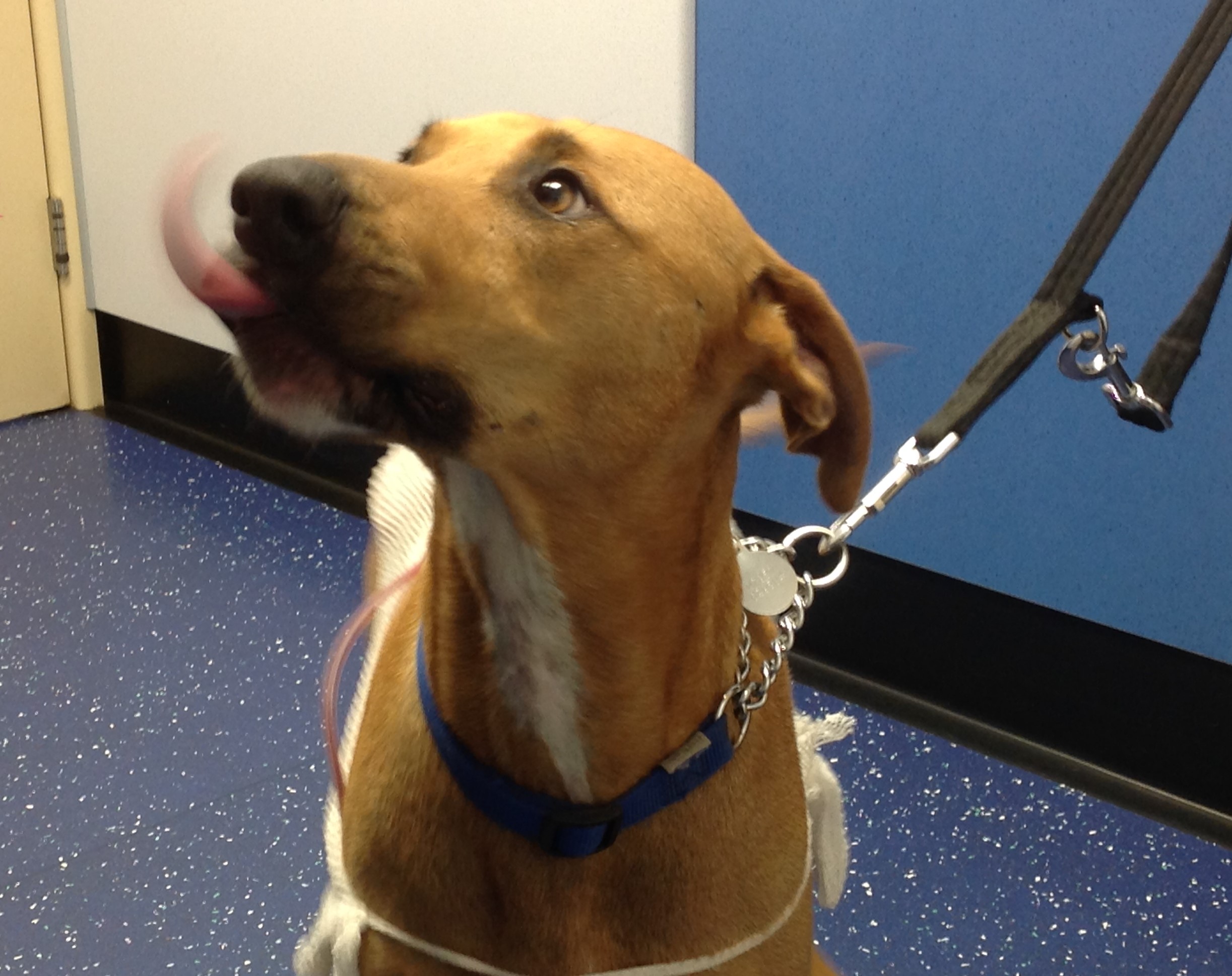 This is Hector, a four-year-old cross-breed who was rescued from a kennel in Cyprus. He’s been in the wars recently after his owners discover a satsuma-sized mass on the right side of his chest six months ago.

He was initially treated with antibiotics which caused the swelling to reduce, but in mid-July the swelling started to grow again.

Hector came to see us for a CT scan, which showed the swelling, but no obvious signs of a foreign body. Surgeon Ian Nicholson was suspicious that there may still be a foreign body in Hector’s chest, due to the initial improvement and the recurrence of the swelling.

Ian carried out surgery to lance and flush the swelling, and when he did he found the culprit – a 1cm blade of grass. While cats getting grass blades stuck up their noses can be more common, we’ve not seen this kind of condition in a dog before.

Hector had a closed suction drain inserted after his operation and went home after four days in our animal hospital in Dewsbury. We’re delighted to see him back to full health! 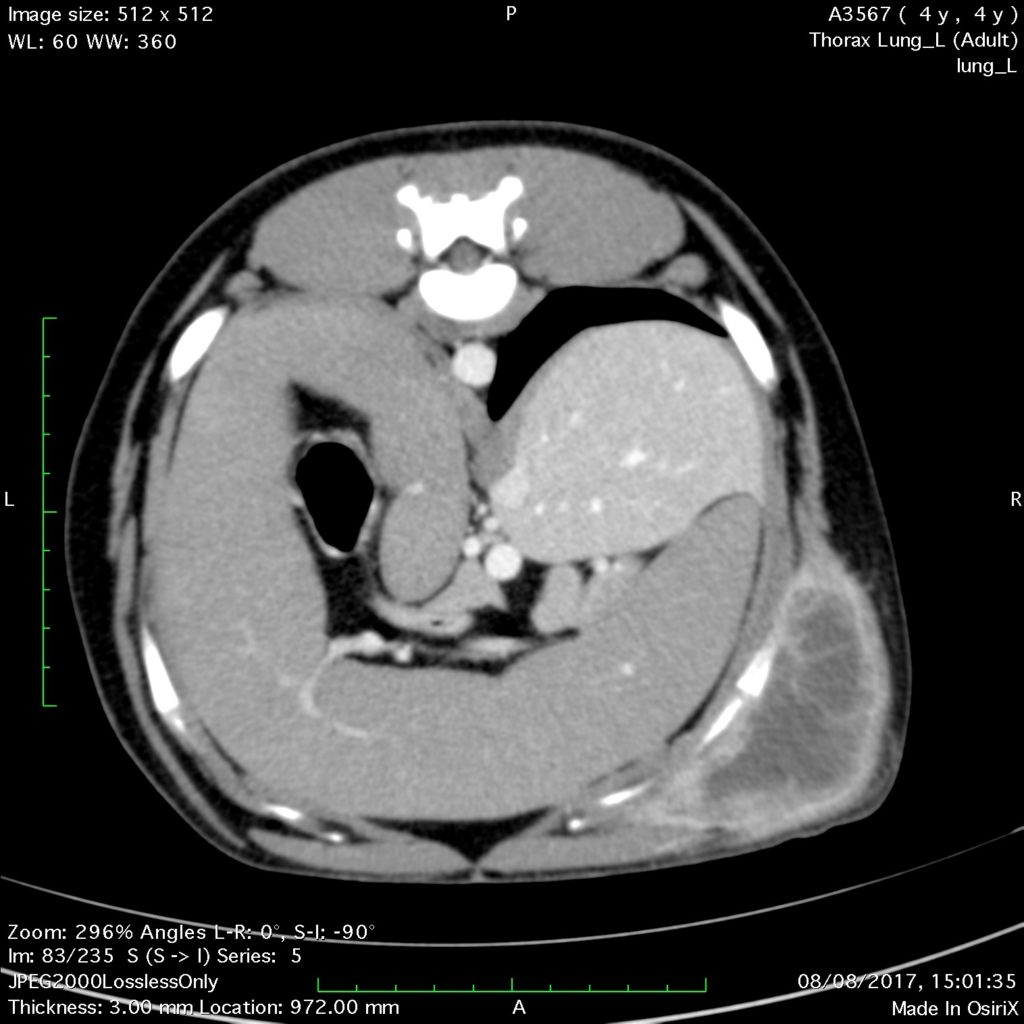