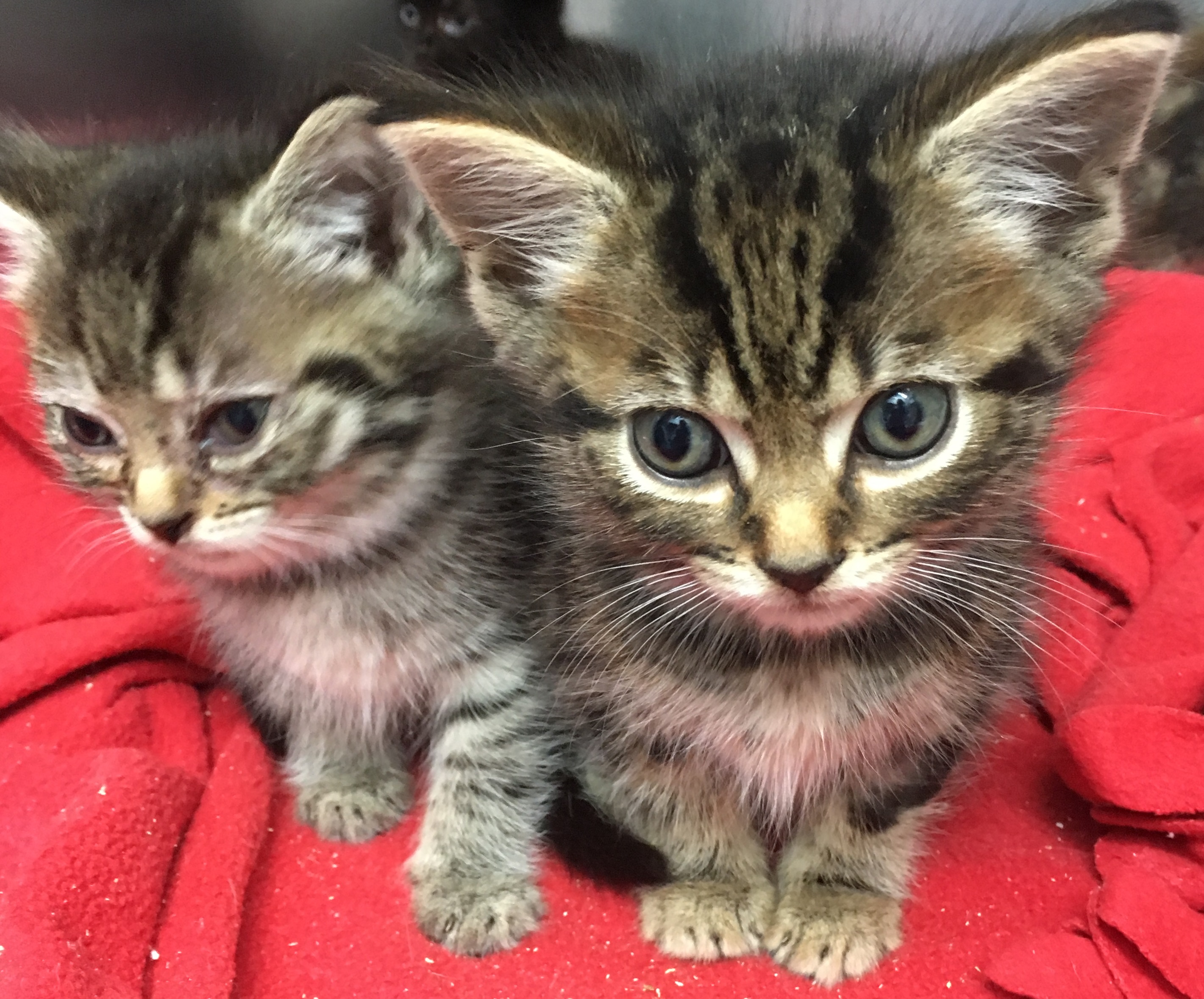 We’re urging people to neuter their cats after we treated nine kittens which had been dumped in a client’s front garden.

We’re seeing between 10 and 15 stray cats a month being taken to our practices and our latest unexpected visitors were taken to the Wakefield branch after a client had two adult cats and nine kittens left in her garden.

After contacting the RSPCA in the first instance, the client got in touch with us and we treated all nine kittens for worms and fleas, and six of them for cat flu and swollen eyes.

All have since been re-homed, with practice manager Tracy Hemingway taking two of the kittens, but the vets are urging people to get their cats neutered in a bid to limit the increasing amount of abandoned litters across the county.

Tracy said: “We see regular numbers of stray cats brought in to our practices, which is a real concern.

“It’s really important cat owners get their pets neutered for a number of reasons, none more so important than making a dent in the overpopulation of strays which are either roaming streets, taken to animal charities or to vets – which isn’t really what we are here for and can carry quite an expense.”

We work closely with the Blue Cross, a charity which finds homes for unwanted dogs, cats, small animals and horses.

Michelle Smith, rehoming network manager at the Blue Cross, said: “Last year, Blue Cross recorded 1,519 kittens being admitted for rehoming, which is rising as time goes on. Of those 1,519 kittens in 2016, almost 40 per cent were brought in as strays or were found abandoned.

“It’s a number that is spiralling out of control but can be controlled simply by neutering. We urge all pet lovers to take the time to neuter their cats to help stop the number of helpless unwanted litters.”

Tracy said: “If possible, we re-home the cats brought in through the Blue Cross. Almost none of the strays have microchips, so they either go to the Blue Cross rehoming centre in Wakefield or are taken on by staff and friends. It’s certainly not an ideal situation.”

If you would like to offer an unwanted or stray cat a new home, visit www.bluecross.org.uk.