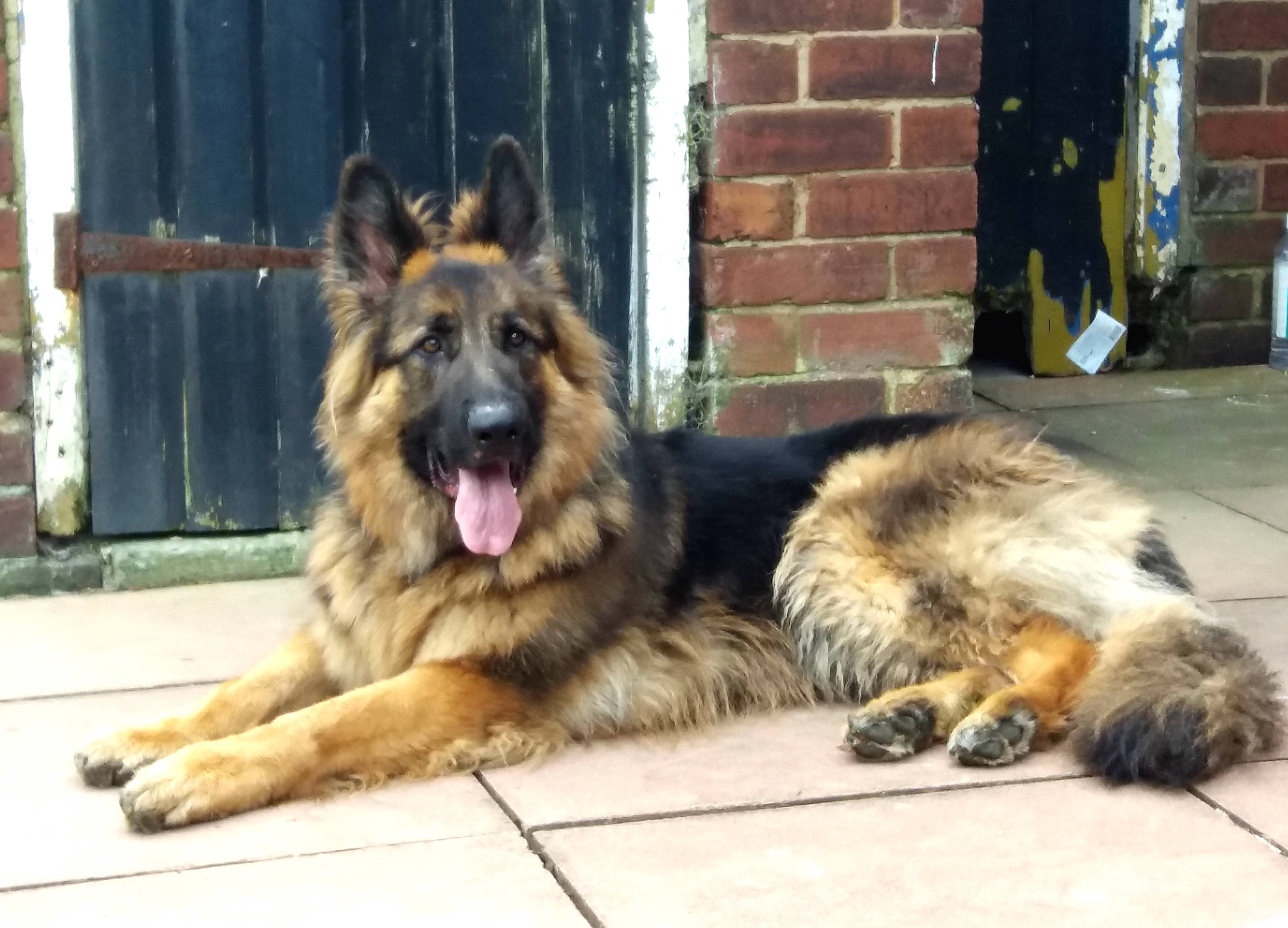 The owners of a beloved German Shepherd have spoken of their relief after emergency vets saved their pet from choking on his favourite toy ball.

Kaiser only survived because he’d previously chewed away a rope which was attached to the ball, leaving a hole in the middle that allowed him to gasp in air after the toy had become stuck deep in his throat.

His owners Kath and Eric Blackburn took him to Calder Vets’ emergency hospital in Dewsbury, where vet Kyle Perrin sedated him and used a pair of crocodile forceps to retrieve the ball.

Kaiser is now back home with his family in Pontefract and showing no ill effects from his ordeal.

Following his life-saving intervention, Kyle has warned of the perils of throwing balls for dogs to catch and fetch.

He said: “If you throw balls for your dog it’s important to make sure it is too big to be swallowed because Kaiser is certainly very lucky.

“His ball was originally attached to a rope but he’d chewed that off long before the incident which was so fortunate as the hole in the middle, where the rope had been, is what saved his life.

“Every year a number of dogs choke to death while playing catch or fetch with a ball. Golf balls and rubber balls are especially dangerous and should be avoided completely.

“It’s also important to remember that if your pet does choke on a ball, be aware that you could be injured if you attempt to remove it yourself. The best course of action is always to contact your vet.” 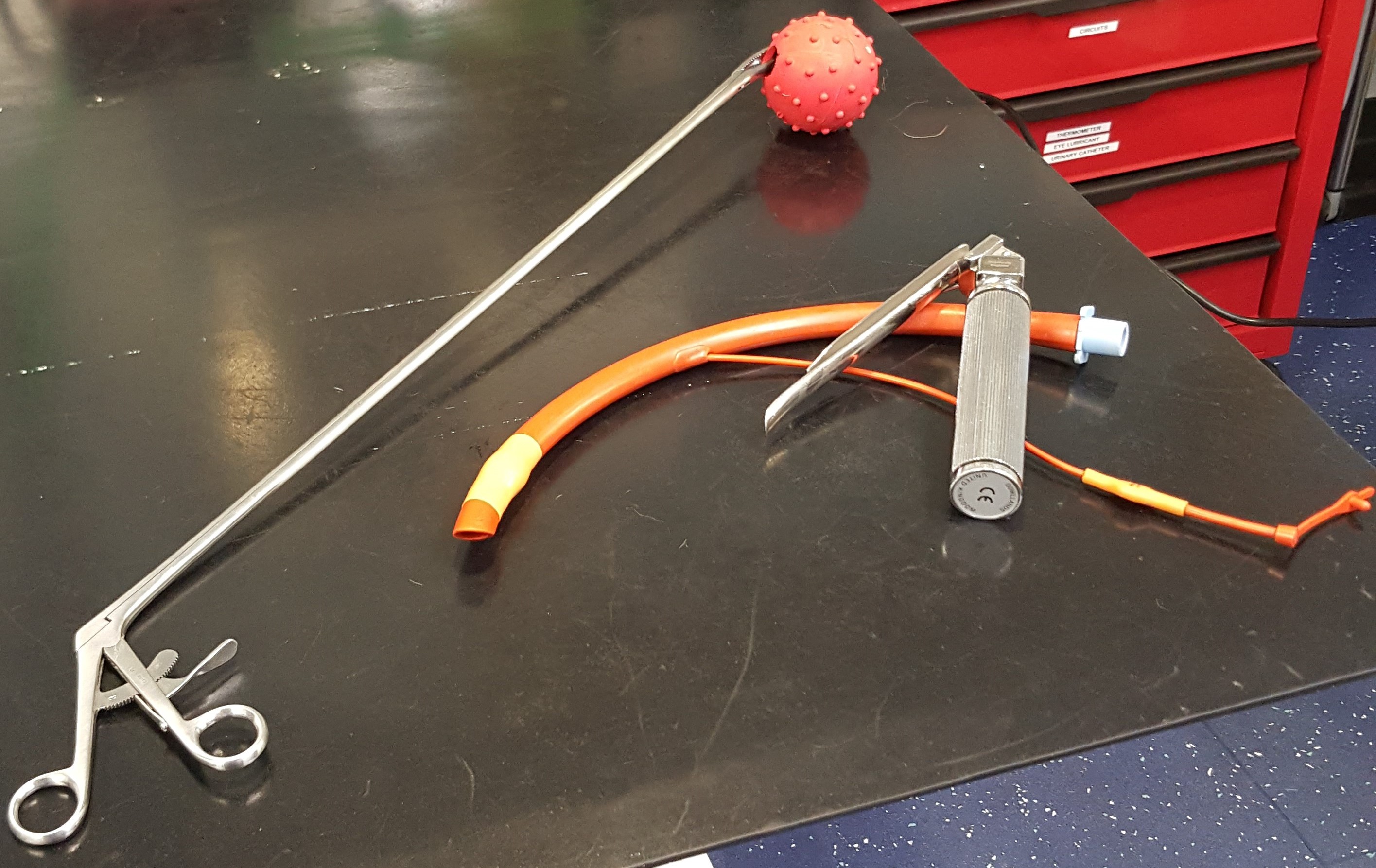 Kath admitted she feared the worst when she found Kaiser panting and wheezing in her garden.

She said: “I was throwing a ball for him when suddenly I realised something was wrong. I opened his mouth and I could see the ball had become trapped in his throat.

“I tried to reach it with my fingers but Kaiser was distressed and clamped his teeth shut.

“I didn’t know what to do and really got upset. I honestly thought he was going to choke and I just burst into tears.

“My neighbour’s daughter heard me and came running around to see what was wrong and we tried everything.

“We were both slapping him between the shoulder blades to try to dislodge it and we even tried the Heimlich Manoeuvre – but although I’m a first aider I’d learnt how to do it on humans, not on a German Shepherd!

“We even tried holding his back legs up into the air but nothing was working.”

Kath’s husband Eric added: “I was really worried. I could see there was a hole through the ball so Kaiser could still breathe but he was wheezing and I was scared if the ball moved then the hole could be blocked and he could choke and suffocate.

“Then when Kaiser was sick in the car I knew this was a real emergency as there was now a danger he could choke on his own vomit too.

“Thankfully when we arrived at Calder the team were ready and waiting for us.

“They quickly took Kaiser into the treatment room, sedated him so he’d relax, and then managed to reach down into his throat and retrieve the ball.

“It was such a relief and I must admit we both had a bit of a cry! We love him to bits, he’s like one of the family and we can’t thank the vets and staff at Calder Vets enough. They were brilliant.” 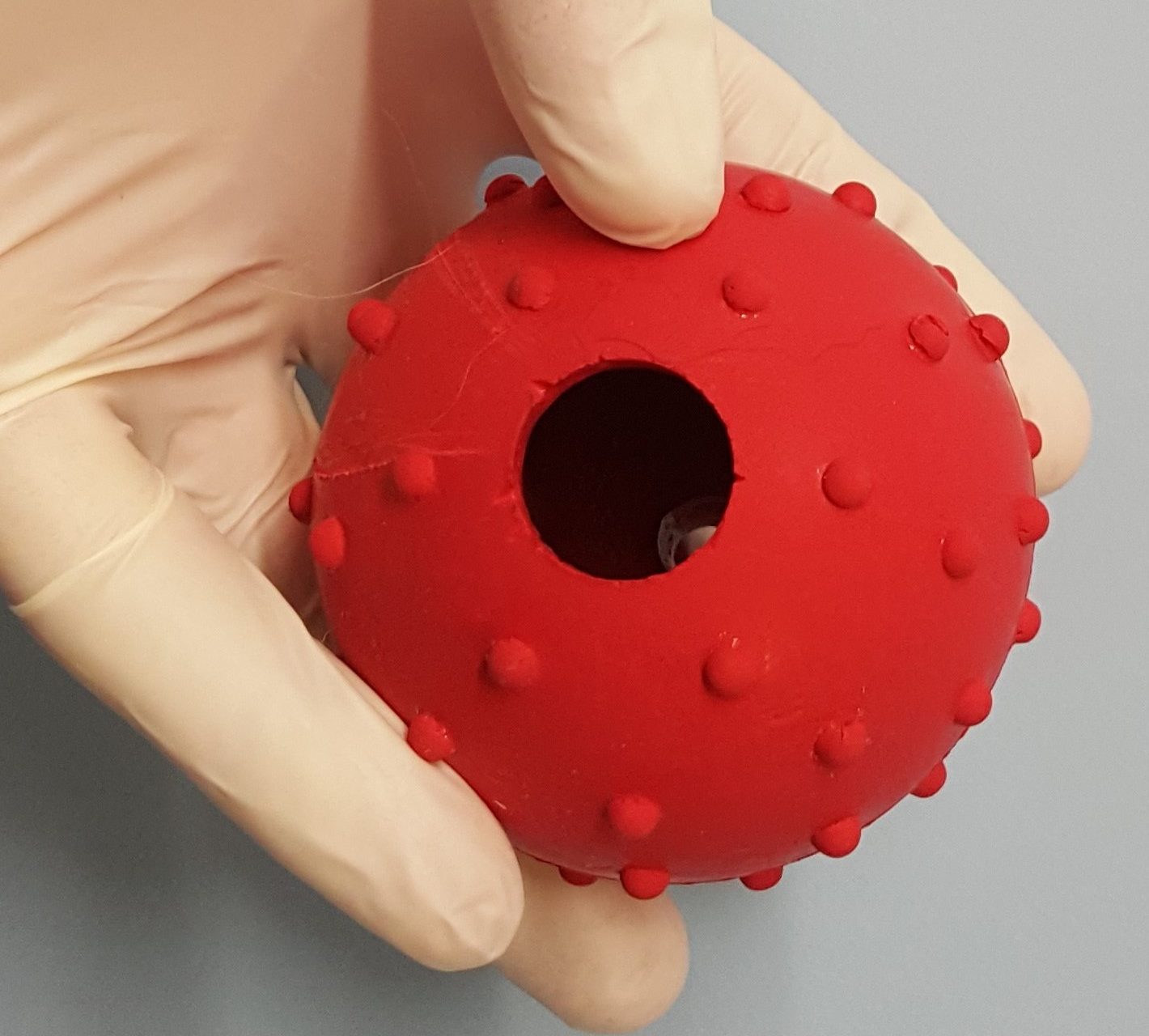