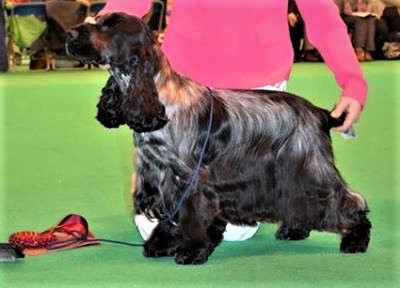 Now, the Best of Breed champion in both 2017 and 2018, who will soon be appearing in the movie Show Dogs, has notched another remarkable achievement in siring eight puppies in Australia – all by post!

Four-year-old Vinnie is such a dog in demand that his sperm has been frozen and flown “down under” to help him do the business on the other side of the world.

Vinnie’s proud owner Sarah Amos-Jones, from Yeadon, near Leeds, said: “He’s a very special dog, the dog of a lifetime for me, but I must admit this deep freeze experience has been a whole new ball game for both of us.

“It’s been a while in the planning as the Australian breeder first got in touch when Vinnie was just over a year old.

“Initially, they wanted to buy him but I would never sell Vinnie, so the next question was whether I would consider artificial insemination – donating his sperm so they could breed from him.

“The obvious complication was the distance which meant the sperm would have to be frozen and then flown out to Brisbane.

“This was all new to me and I took advice from other breeders who recommended Calder Vets, in Yorkshire, to me, where they have an expert called Louise McLean who has a fantastic reputation and success rate in this field.

“Louise was brilliant. She organised the whole thing and it’s been an incredible success story. Eight healthy puppies is an amazing result.” 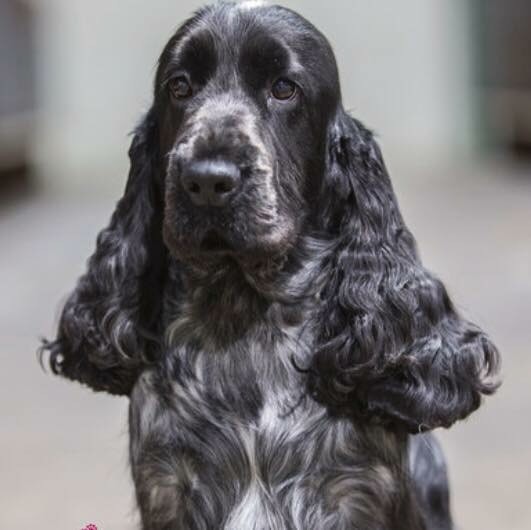 She oversees several frozen sperm exports a year with breeders travelling from as far afield as the west coast of Ireland, north of Scotland and south of England.

It’s a real hands-on role as Louise explained: “We bring in a ‘teaser’ bitch who is in season to excite the dog and help us extract the semen.

“We immediately check it to count the volume and concentration of the sperm and make sure they are swimming away vigorously so they can go the distance and fertilise the eggs.

“Once we are satisfied it’s viable, we mix it with a liquid that includes egg yolk, which helps to protect it from any damage when it is frozen.

“Then we freeze it in small straws over liquid nitrogen down to a temperature of minus 186 degrees centigrade.

“Before sending anything off we thaw out one straw to see what percentage of the sperm has survived, because if it’s too low then there’s no point exporting it.

“If everything is fine we then organise to transport the straws in a large container which is also kept at minus 186 degrees and our work is done.

“In Vinnie’s case, the shipment went to Brisbane where they thawed the sperm, impregnated the bitch and then everyone hoped for the best.

“All worked out marvellously, though, and I must admit I did a little skip in the surgery when Sarah sent me a photo showing eight puppies had been born.”

Sarah said: “I was so happy everything worked well and I’m really proud of Vinnie.

“He’s a star, the most successful show cocker spaniel in the country and the third best of all time, which tells you how special he is.

“He’s a lovely, laid back dog to live with, so I have the best of both worlds but the most important thing to me is that he is a dog first and a show dog second.”