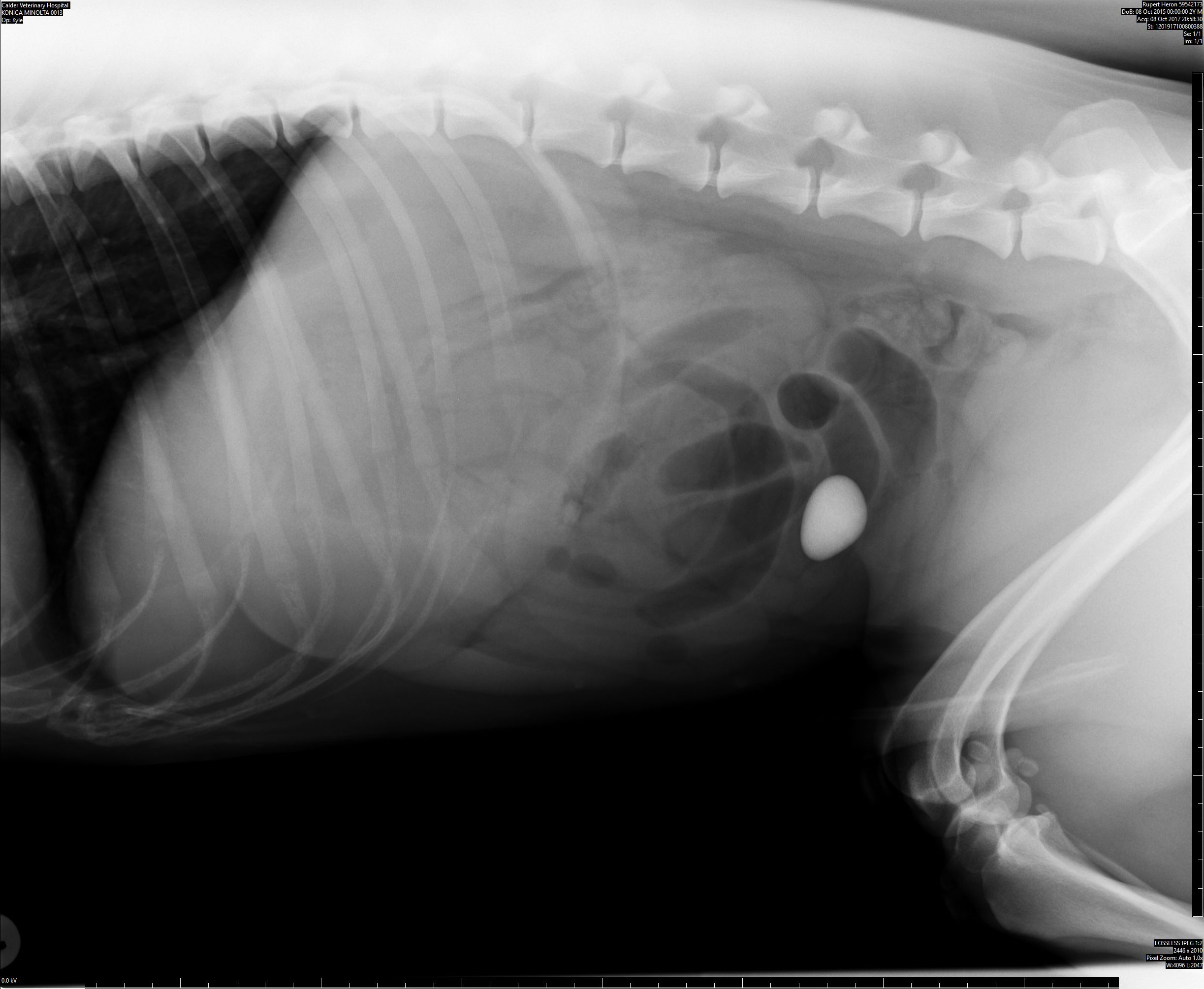 A black Labrador who swallowed a stone is alive and well thanks to fast work by the night team at a our 24-hour animal hospital in Dewsbury.

Two-year-old Rupert was rushed in late on a Sunday night after two days of vomiting, lethargy and a lack of appetite.

Within just three hours, night vet Kyle and nurses Becky and Molly had admitted Rupert, carried out blood tests and operated to remove the stone which x-rays revealed was lodged in his small intestine.

Less than 48 hours later, Rupert was well enough to go home on antibiotics, painkillers and an anti-emetic to stop him being sick.

Senior veterinary nurse Amy O’Sullivan said: “It was fortunate Rupert was brought to us promptly. He was very ill and collapsed after being admitted. Any delay in treatment could have led to serious complications.”

Calder Vets’ animal hospital has a team of vets and nurses available throughout the night who are comprehensively trained in emergency and critical care. The hospital is fully equipped to cater for all accident and emergency cases. 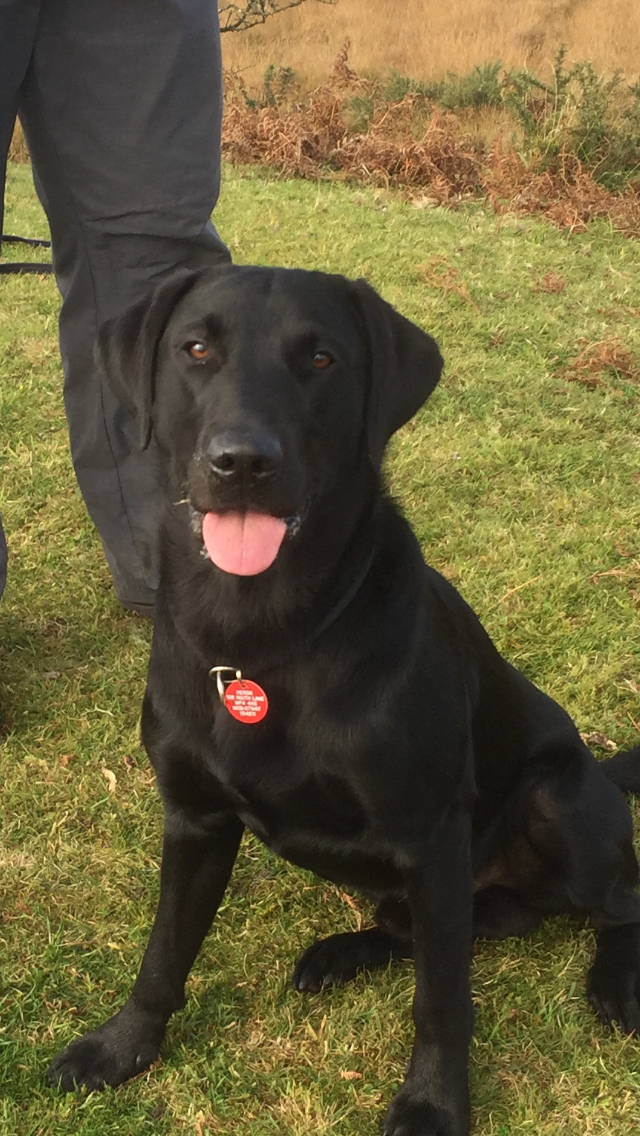