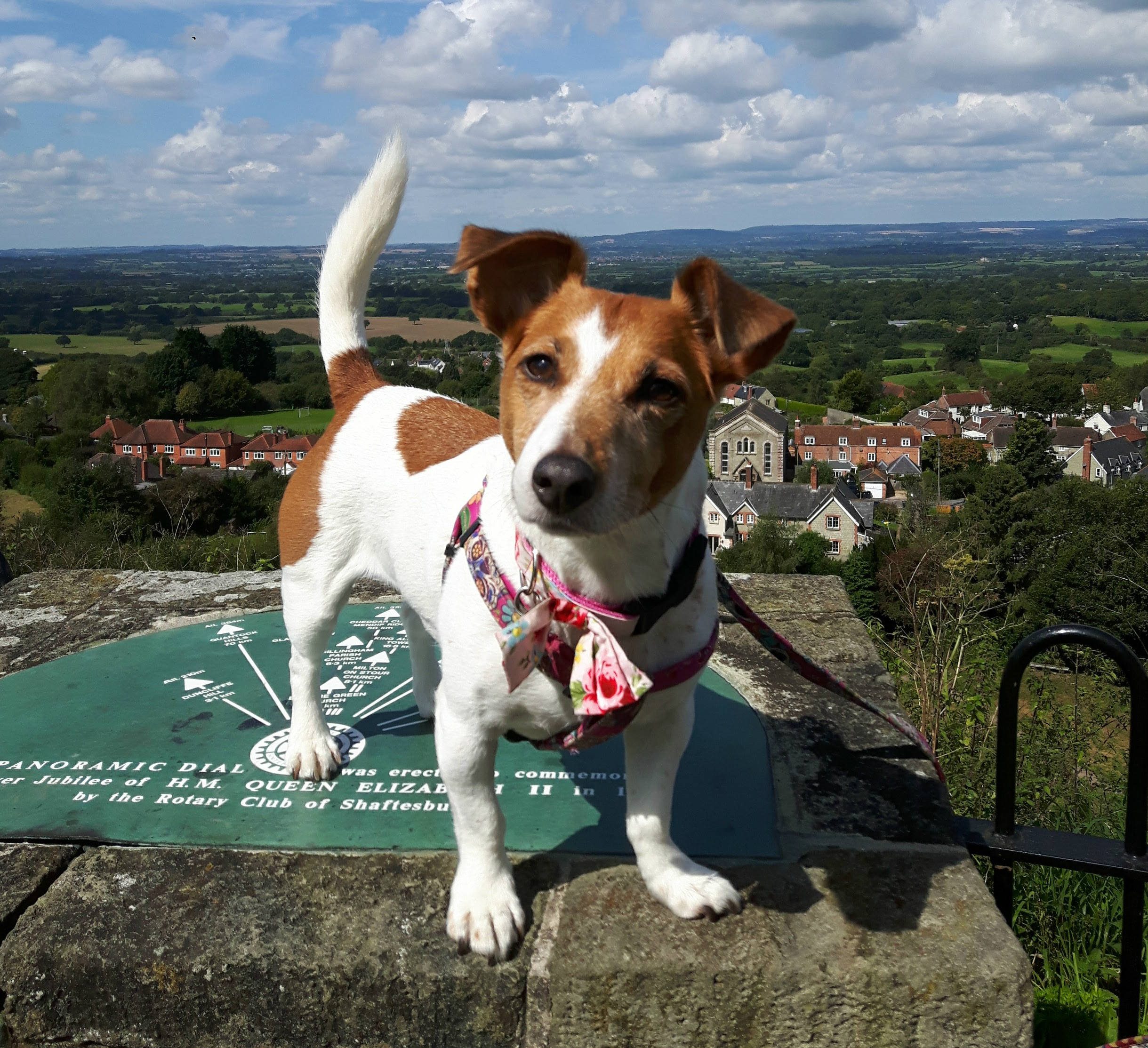 Rebecca Brookes was in the middle of an asthma attack, coughing uncontrollably and gasping for breath when Jess, her beloved Jack Russell, came running to the rescue.

‘Amazing Jess’, as she’s now known, had realised the danger and raced off to fetch Rebecca’s inhaler before delivering it to her distressed owner.

It was a moment which stunned Rebecca and came to light during one of Jess’s regular trips to Calder Vets, in Brighouse, West Yorkshire.

The loveable little nine-year-old has continued to astound her owner with amazing feats of untrained assistance ever since.

Rebecca, from Cleckheaton in Yorkshire, revealed: “Jess was very lively as a puppy, so I taught her a few tricks to channel her energy and I quickly realised how intelligent she was.

“I taught her to wave, roll over, sit up, play dead and even to say her prayers and she picked it all up so quickly.

“I was still shocked, though, when I had an asthma attack at home and she suddenly appeared with my inhaler.

“It was incredible but I wondered if it was just a coincidence so a while later I put my inhaler somewhere else and started coughing again to see how Jess would react.

“She went running around straightaway searching for my inhaler and brought it back to me without me having to say a word.

“When I told my Dad about it he tried to get a reaction, too. He started coughing to see if Jess would bring him the inhaler.

“She didn’t. It was as if she was saying ‘I know you are pretending and don’t really need it’.”

Jess’s helpfulness has gone from strength to strength and she is now proving a real help to Rebecca around the home and around town.

“She takes my socks off, fetches my shoes, fetches the car keys, closes doors, gets the washing out of the washing machine, carries letters to the post box and even helps bring in the shopping from the car.

“She’s always looking for something to do and she’s become something of a star in the area. People love her and think she’s brilliant when she does her routine of tricks.”

Staff at Calder, which has 12 practices across Yorkshire, were so impressed by caring Jess they thought her story deserved to be told.

Vet Laura Du Pré said: “Assistance dogs are sometimes used to help sick or disabled people but they are specially-trained for the job.

“Jess has just done this all naturally, which is remarkable. It’s well-known that Jack Russells are affectionate and intelligent but she’s taken it to another level.

“She’s a big help to Rebecca around the home, and beyond, and a great companion, too.”