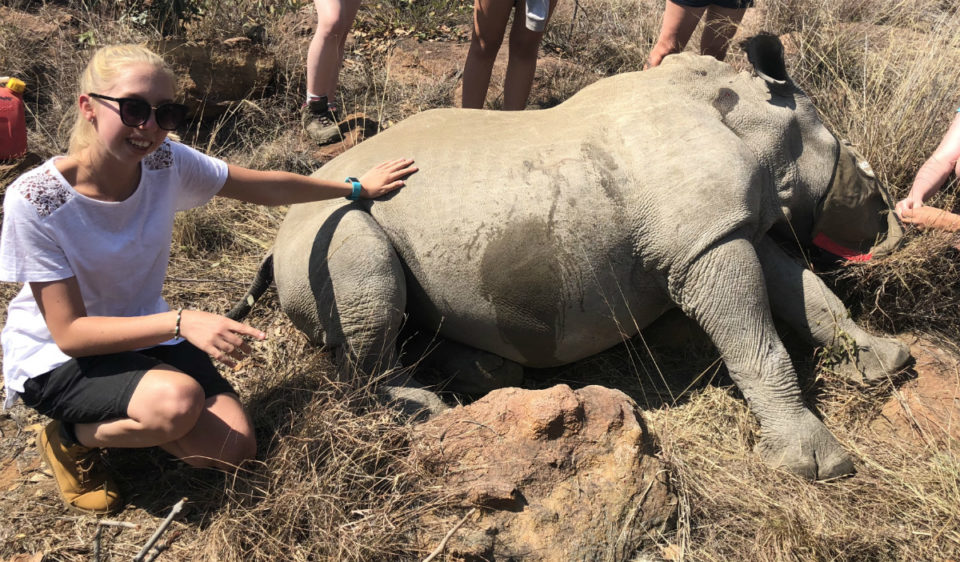 Feeding orphaned cheetahs, firing tranquiliser guns, helping microchip a rhinoceros and tracking lions, giraffes and elephants aren’t the usual day-to-day activities of your typical Yorkshire teenager – but they were all part of a life-changing experience for one trainee vet nurse.

Alicia Scott, a 17-year-old apprentice at Calder Vets’ Dewsbury hospital, spent two weeks at the Welgevondon Game Reserve, in the Limpopo province of South Africa, working with some of the “big five” of Africa’s wildest animals.

The incredible trip was organised by a tutor at Askham Bryan College in York, where Alicia began her veterinary training, and she said it was a life-changing experience.

The adventure was in support of Saving the Survivors, a team of wildlife vets who help endangered or injured wildlife who are victims of poachers. 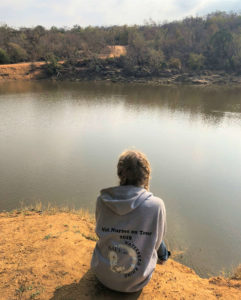 Alicia, who lives in West Yorkshire, said: “The animals and scenery were mind blowing, like something you would have seen on The Lion King.

“Every turn there was a view of some of the most amazing animals that South Africa has to offer – from zebras, wildebeests and giraffes to lions, rhinos and elephants.”

Alicia wasn’t there for the sight-seeing, though – she was there as an animal lover trying to make her contribution to conserving these magnificent species.

Her tasks included racing across the bush to reach a rare white rhino which had been sedated by a tranquiliser dart fired by vets from a helicopter.

Alicia added: “Watching the vet fire the dart and then having to rush across the terrain to get to the animal within minutes was a real adrenaline rush.

“When we approached her, she was shaking and grunting from the effects of the sedation so we had to work fast before she woke up.

“The vets injected her with vitamins, marked her ears to help identify her in the future, and, fitted microchips in her neck and her horn.

“Microchipping the horn meant that if she was hunted and killed by poachers her horn could be tracked and potentially reveal the culprits.

“Just watching this whole experience, and being a part of the process was out of this world.

“Being so close was incredible, I could feel the sheer size, strength and power of her just from having her leg rested on my side.”

The rush to find three orphaned cheetah cubs before they were attacked by predators was another nail-biting drama for the teenager.

Alicia said: “The three cubs were only eight months old and they would have struggled to cope on their own.

“They would have been so vulnerable to predators like lions who could easily kill them.

“We went looking for them and suddenly they walked out right in front of our jeep.

“We fed them impala meat and the next day the vet fitted one with a tracking collar and gave vaccinations, including for rabies.

“I noticed they were the same vaccinations we use on dogs back at Calder Vets.”

Alicia then tried her hand at firing a tranquiliser gun, admitting: “This was the thing I was most nervous about but once I’d fired it I seemed to relax.

“I hit the target pretty well considering it was really hard to hold the gun because it was so heavy and I’m so small.”

Her final taste of safari came in a ‘bush-tucker trial’ type game of impala poop spitting.

The teenage explorer explained: “It’s an old tribal tradition and the aim is to place a piece of impala poo into your mouth and then spit it out as far as you can.

“Whoever spits it the furthest is the winner and gets to eat that night.

“I seriously thought about not doing it but then I realised how hungry I was and that I might only be in Africa once in my lifetime so I should make the most of it.

“I knew it wasn’t going to hurt me so I decided to give it ago.

“Mine didn’t go the furthest but it did go the highest – so I had something to celebrate and it was all great fun.”

The only sour taste of the trip was learning the shameful figures of just how many of the world’s most endangered species are being slaughtered each year.

Alicia revealed: “A doctor from the charity ‘Saving the Survivors’ informed us that every year 27,000 elephants are poached with 1028 rhinos being poached in 2017 alone.

“This charity does incredible work trying to save these wonderful animals from being hunted and poached.

“I take my hat off to the amazing people working for them, using all their funds, skills and energy in a bid to save these species that are on the verge of extinction.” 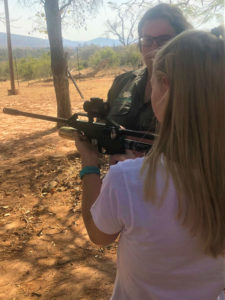